The Battle of Sirmium or Battle of Zemun was fought on July 8, 1167 between the Byzantine Empire (Eastern Roman Empire), and the Kingdom of Hungary. The Byzantines achieved a decisive victory, forcing the Hungarians to sue for peace on Byzantine terms. During the early summer of 1167, the Byzantine army under Andronikos Kontostephanos managed to lure a large Hungarian force into battle near Sirmium. The most detailed surviving description of the battle was made by the Byzantine historian John Kinnamos (who refers to the Byzantines as Romans as the political continuators of the Eastern Roman Empire). The Byzantine army was composed of one-third foreign and two-thirds native units. It was arrayed in three divisions, as was the usual practice, at some distance from the river Sava, which was to the rear. The main battle line was shielded by a screen of horse archers – Turks and Cumans – and some western mercenary knights, who had made up the vanguard of the army. The centre, which had constituted the rearguard on the march, was commanded by Kontostephanos himself, and consisted of the imperial guards units, including the Varangians and Hetaireiai, units of Italian mercenaries from Lombardy and a unit of 500 armoured Serbian allied infantry. Unusually, Kontostephanos also had the emperor's companions (the oikeoi or household troops) under his command. The left wing, which had been the second division on the march, was composed of regular Byzantine and allied units arrayed in four taxiarchies or 'brigades' under Demetrios and George Branas, Tatikios Aspietes and Kogh Vasil. On the right – the third division on the march – were placed the elite Byzantine units and German mercenaries, together with some Turkish units. This division was commanded by the chartoularios Andronikos Lampardas and, probably, John Kontostephanos the brother of the megas doux. Close to each wing division, and following standard Byzantine practice, were placed units to cover the Byzantine flanks or to outflank the enemy and attack their rear should the opportunity arise (prokoursatores on the right flank and defensores on the left - from earlier military treatises). Three taxiarchies of infantry and archers, with a number of heavily armoured Turks, were drawn up behind the centre in reserve. The Hungarian commander, Dénes, count of Bács (called Dionysios in Byzantine sources), drew his army, which included German allies, up in three divisions in a single broad battle line. Although the Byzantine sources say that he mixed infantry and cavalry without distinction, this most probably reflects a battle order with infantry drawn up in the centre and behind the cavalry, upon which the Hungarians clearly relied for the effectiveness of their attack. Choniates describes the Hungarian army as being composed of knights, archers and light infantry. Contemporary Hungarian armies often lacked infantry and Byzantine sources possibly referred to servants and other camp followers as infantry. The soldiers of the front rank of the Hungarian cavalry are described as being heavily armoured, and mounted on armoured horses. The battle commenced with the Byzantine horse archers moving forward to skirmish with, and harry, the opposing lines and thereby goad them into mounting a charge, before which they were to retire. This was successful, and the whole Hungarian line surged forward. The Byzantine left wing, with the exception of the brigades led by Kogh Vasil and Tatikios, was immediately pushed back and broke, possibly in feigned flight, towards the river, where it quickly reformed. In the centre and on the Byzantine right, the Hungarian charge was held. The Byzantine right then counter-charged, and at the same time the regrouped Byzantine left-wing units also re-entered the conflict, attacking the Hungarians who were pinned by the two taxiarchies which had not withdrawn. Andronikos Lampardas then led an attack on the troops around the Hungarian commander and brought them to a halt; a deadly melee ensued with the Byzantine heavy cavalry resorting to the use of their fearsome iron maces. The battle had reached a decisive point. Kontostephanos, recognising the crisis of the battle, now deployed his remaining reserves. He counter-attacked in the centre and ordered forward the infantry along the whole front, driving the Hungarian forces back. The enemy divisions then began to break up in disorder and the whole Hungarian army turned to flight. The Byzantines captured the main Hungarian standard, which was mounted on an oxen-drawn wagon similar to the Italian carroccio. Count Dénes's warhorse was also taken, though the Hungarian commander managed to escape. Many of the fleeing Hungarians were killed or captured by a Byzantine flotilla operating in the river that they needed to cross to get to safety. Five senior Hungarian commanders with the title żupan were captured, along with 800 other soldiers. Over two thousand armours were taken from the dead and countless helmets, shields and swords. The following day the Byzantine army plundered their enemy's abandoned encampment. The Hungarians sued for peace on Byzantine terms and recognised the empire’s control over Bosnia, Dalmatia, Croatia south of the Krka River as well as the Fruška Gora. They also agreed to provide hostages for good behaviour; to pay Byzantium a tribute and supply troops when requested. The Battle of Sirmium completed Manuel's drive to secure his northern frontier. When Manuel's own son was born, Béla was deprived of the title despot and his position as heir to the imperial throne. In 1172, Stephen III died and Béla, with the help of Emperor Manuel, seized the throne of the Kingdom of Hungary. Béla had to swear that he would never harm Manuel and he remained loyal to the Empire until Manuel's death, but then he conquered lands previously held by the Byzantines.
Πηγή: https://en.m.wikipedia.org/wiki/Battle_of_Sirmium 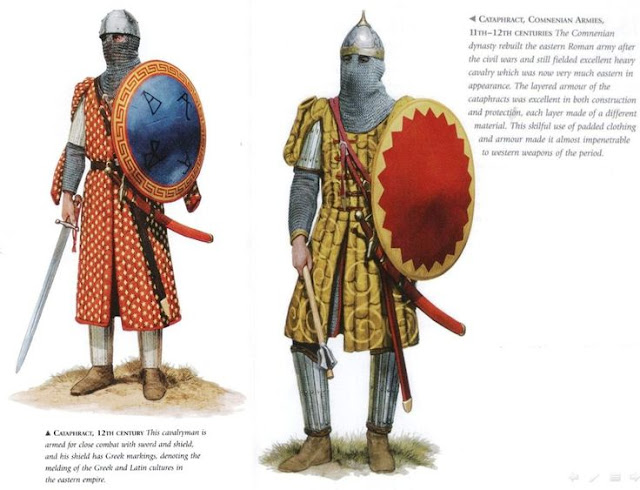 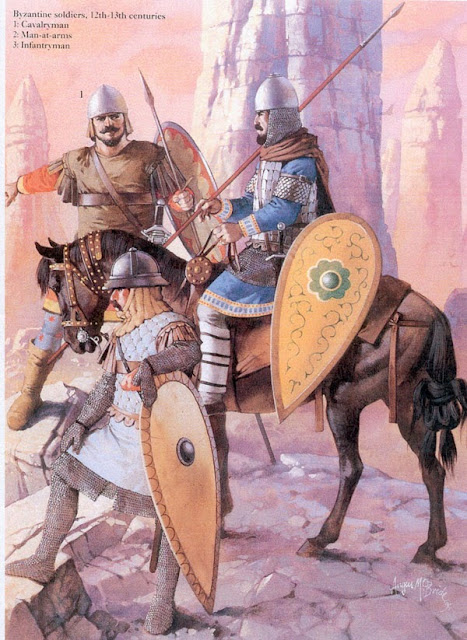 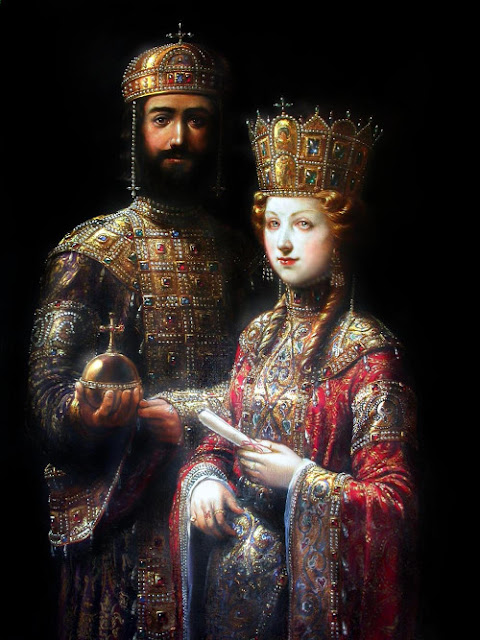 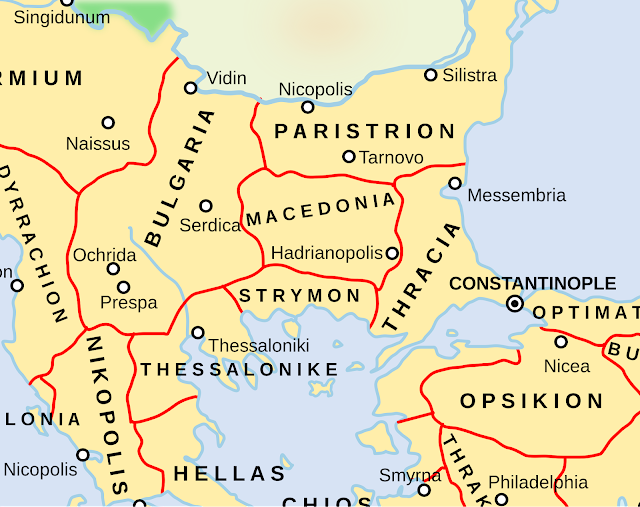