The major Mediterranean port of Alexandria, the capital of the province of Egypt, was permanently seized from the (Eastern Roman, or) Byzantine Empire by forces of the Rashidun Caliphate in the middle of the 7th Century AD. This marked the end of Eastern Roman maritime power over (and financial dominance of) the eastern Mediterranean and thus brought about a decisive geopolitical shift. The rulers of Alexandria before the arrival of Islam were the Byzantines. A heavily trafficked port city, Alexandria was crucial to maintaining imperial control over the region, based on its large Greco-Egyptian population and economic importance. The population of Alexandria was heavily influenced by both the cultural and religious views of their Eastern Roman Empire rulers; nevertheless, the majority of the population spoke Coptic, rather than Latin or Greek. Thus, the main agents of cultural diffusion at the time of the arrival of Islam were the Coptic Christians. The Byzantines relied on Egypt as the main center of food production for wheat and other foodstuffs. Alexandria also functioned as one of Byzantium’s primary army and naval bases, as there was normally a significant imperial garrison stationed in the city. Though with the loss of Jerusalem in 638, much of Byzantine attention was drawn towards strengthening their hold on the frontier, chiefly in Anatolia and Egypt. Even though they would be able to successfully hold Asia Minor and retain it as an imperial base province, as time went on, Egypt became increasingly difficult to defend.
In 634, the Muslim leader Umar ascended to the role of caliph and inherited a heterogeneous and rapidly expanding Islamic empire. Throughout the early 640s, he set his sights on the economically desirable province of Egypt and its capital city of Alexandria. The Muslim invasion of Egypt was led by the commander Amr ibn Al-Aas, who commanded a force larger than any army that the Byzantines could field at the time, as a result of their crushing defeat at Yarmuk four years earlier. The original attempts by the Arab forces were not directed solely towards Alexandria, but rather at removing the Byzantine fortress of Babylon on the Nile Delta. The destruction of the Byzantine military power at the ensuing battle of Heliopolis, also known as Ain Shams, in the summer of 640 and the victory over the Byzantine defenders at Babylon effectively broke Byzantine power in Egypt. Following the destruction of the Byzantine forces at Heliopolis, the city of Alexandria was left virtually defenseless and it is likely that only a fraction of provincial forces remained garrisoned in the city itself. Though the Byzantines were unable to field an effective force, Alexandria's substantial fortifications, especially wall-mounted artillery, proved to be valuable assets and were adequate in keeping the Muslim attackers from mounting large attacks. However, on November 8, 641, after a fourteen-month siege, Byzantine officials at last capitulated to Amr, turning the city over to Muslim hands. The impact of such a major event as the loss of Alexandria to Muslim forces was felt throughout the Mediterranean world. The decrease in the annual grain shipments from Egypt struck a decisive blow to the Byzantine economy; besides the simple fact of fewer available resources, the empire lost untold thousands in taxes from the grain merchants now traveling southward towards Damascus and Alexandria. In such a weakened condition, the empire was barely able to bail itself out financially and, in some instances, had to resort to piracy, in some cases attacking merchant ships and “requisitioning” their cargo before distributing it to Byzantine or allied ports. Historically, Alexandria had provided Byzantium with a steady income of both money and luxury items, though some scholars speculate that the imposition of especially high taxes in the final decades of Byzantine rule may have been a considerable factor in causing a sizeable amount of the city’s population to defect from Byzantine stewardship to side with the Muslim invaders. There were several Byzantine attempts to retake Alexandria. Though none of these were successful for a sustained period of time, Byzantine forces were able to briefly regain control of the city in 645. Arab chroniclers tell of a massive fleet and army sent by the Byzantines with the goal of retaking Alexandria. The imperial forces were led by a lower ranking imperial official named Manuel. After entering the city without facing much resistance, the Byzantines were able to regain control of both Alexandria and the surrounding Egyptian countryside. The Muslims retaliated by readying a large force of 15,000 who promptly set out to retake the city under command of the veteran Amr ibn Al-As. The Byzantines, following their standard tactical doctrine, advanced out of the city and sought an open battle away from the shelter of their fortifications. Accounts of the battle portray the Muslim forces as relying heavily on their archers before eventually assaulting the Byzantine positions, driving many back and routing the rest in the process. After this, the Byzantines were utterly defeated and withdrew from the region. In 654, yet another attempt to bring Alexandria back into imperial hands failed when an invasion force sent by Constans II was repulsed. This generally marks the end of Byzantine attempts to retake the city.
Πηγή: https://en.m.wikipedia.org/wiki/Siege_of_Alexandria_(641) 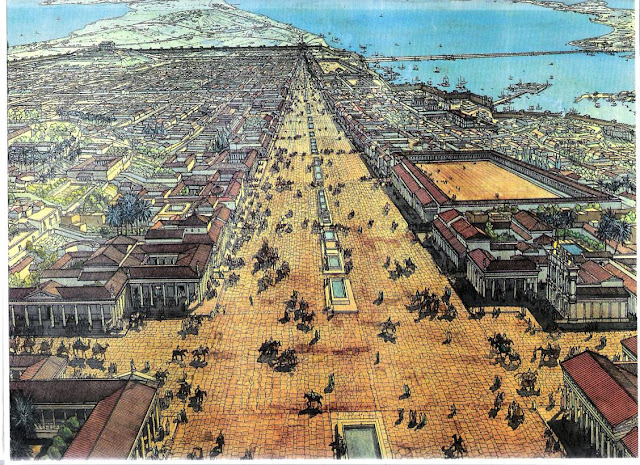 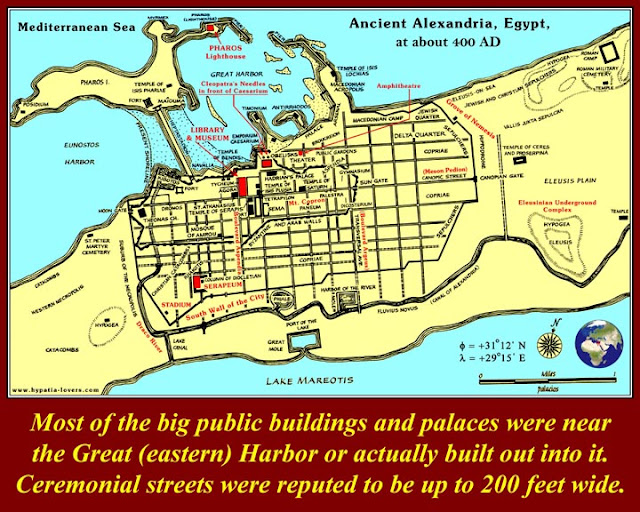 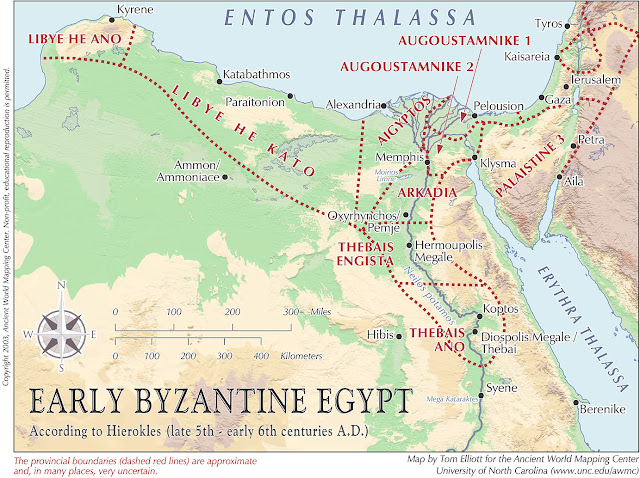 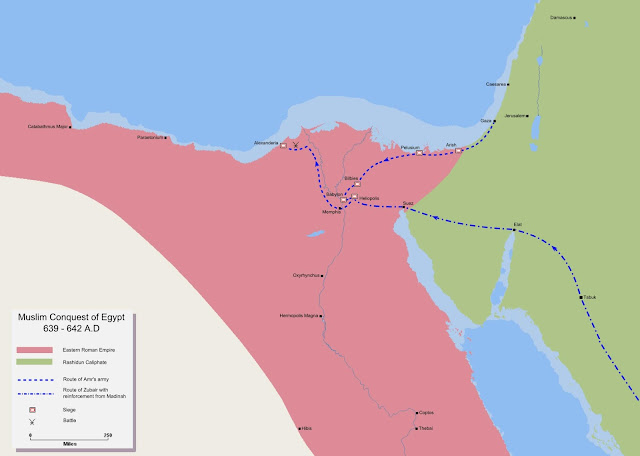