The biggest Mammoth of the planet found in Greece

The longest tusks were found in the north Greek city Grevena during diggings and they will be included in the Guinness World Records. The mammoth, owner of the tusks is about 3 million years old and the finding was discovered by Prof. Evandelia Tsoukala from the Thessaloniki University "Aristotelio." The Guinness award will be given on September 5 at 01:00PM in the Nature Museum in Milya municipality, where the tusks are being displayed. It is expected that in the future a Paleontology Center will be created, shares Prof. Tsoukala, where the findings from this distant era will be displayed, so that they can tickle the interest of all people, who would want to learn something more about life before the "ice age". A systematic research had started since 1990 in the same region the tusks were found by the Geology department of the Thessaloniki University. After finding the skeleton of an elephant, which lived about 200 000 years ago, Prof. Evangelia Tsoukala decided to continue the diggings 15km northeast of Grevena, in the Milya region. The first huge tusks were found in 1997 and are 3,5 meters long and weigh 6 tons. They were displayed in the Nature Museum in Milya and until now they have attracted more than 8 000 visitors. In 2007, in the underground mine of the Pashayani brother in Milya, another set of tusks were found and this time they were 5,02 meters long! The tusks belong to a mammoth, which was an ancestor of the elephant and which lived about 2,5-3 million years ago in the region of today's Grevena. Dutch scientists managed to make a full recreation of the mammoth ("mammut borsoni"), which had the largest tusks in the world! They will display their work in a congress, which will take place on Sunday in Grevena, during the award ceremony. After those findings, which will provide a new research material for this distant era, the Greek city Grevena attracted the interest of paleontologists from around the world.
A right elephantine maxilla bearing the two last molars is described and discussed here. The specimen comes from the fluvial deposits filling up the post-molassic morpho-tectonic valleys of the upper Haliakmon river-system in NW Greece. According to indirect evidence it would be chronologically framed between 3.5 and 3.0 Ma (late Pliocene). A detailed morphological and metrical comparison supported by computed tomography allows ascribing the maxilla to a primitive Eurasian mammoth species, more advanced than the “Hadar type” of mammoth from Ethiopia and less than Mammuthus africanavus from North Africa or Pleistocene southern mammoths (Mammuthus meridionalis) from Eurasia. The molars show strong affinities to several Eurasian specimens recently referred to Mammuthus rumanus, a species that needs, however, a systematic revision. In 1997 an inhabitant called Athanasios Delivos discovered the first pair of tusks by chance, after a heavy rainfall. Their length is 4,39m. Dr. Evaggelia Tsoukala with her colleagues from Aristotle University of Thessaloniki was responsible for the excavations. During the excavations which also continued in the sequential years, a partial skeleton of the mastodont Mammut borsoni (Hays, 1834) (Proboscidea) was discovered. The skeleton includes substantial portions of the skull — maxillary area — with left and right molar series, with the longest upper tusks ever found in Greece (4.39 m), the most complete mandible with left and right molar series (M2 + M3) and two lower incisor tusks, as well as post-cranial skeleton. It represents a very large adult of about 40 years in age. In 2007, Dr. Tsoukala and her team discovered new, longer tusks along with other findings. Their length is 5,02m and they have been awarded the World's Guinness Records Award. The mastodont's age is evaluated at 3.000.000 years. Various other parts of mastodonts and other pre-historic animals were found there. All those findings can be seen at the Natural History Museum of Milia. It already counts more than 15.000 visitors from all over the world. 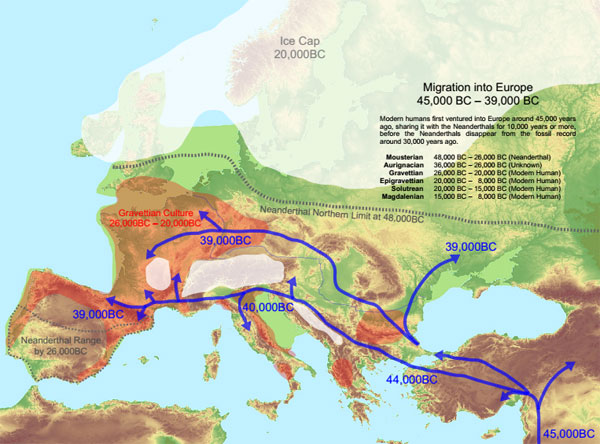